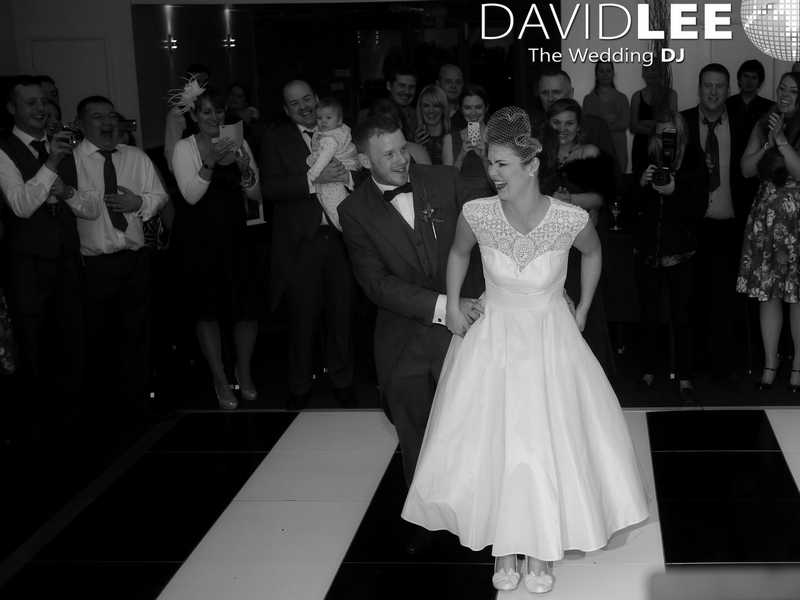 Manley Mere is a beautiful lakeside wedding venue. Unfortunately for me I was only booked for the evening reception and being as it was very early January it was dark by the time I arrived. This meant I couldn’t see for myself the wondrous views, across the lake and surroundings. Next eh!

Anyway as I mentioned this wedding was v.early in January and I was half expecting everyone to be partied out but any ideas like that soon dispelled. Once we had the announcement of the 1st dance, they partied. They partied right through until midnight.

Hi David
Thank you so much! We had a brilliant brilliant night and your music went down a storm. Love the photos too!
Thanks for being a part of our special day
Jasmin and Dave x

We had a selection of tunes on the playlist including a fair amount of Urban/rap & chart tunes. Mixed up with a nice selection of chart hits and party classics pretty much everyone was ‘creating shapes’ on the dance floor at some point throughout the night. 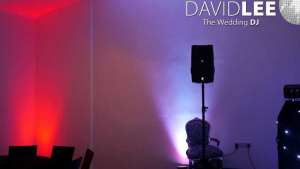 I also had a some uplighters in the van from a previous event, and as I had got to the venue early, and it was a different function suite to the main hall, I thought I put a couple in. In all honesty I think I could have done with a few more, but as a freebie it did the job and the bride really loved it. As the room is white with drapes, uplighting here really would make the difference. 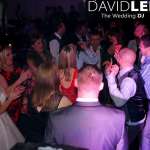 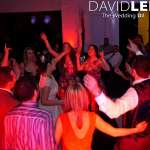 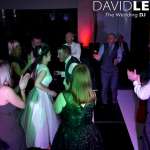 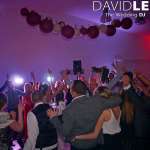 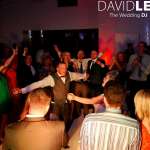 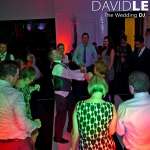 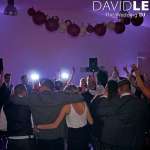 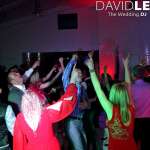 Hands in the air 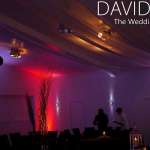 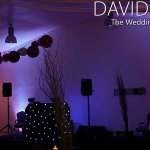 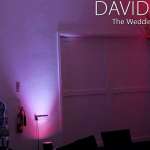 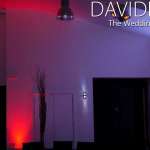 Leaf – Portland St, Manchester Wedding venue Flashback to May 2018 for my vistit effortlessy cool Leaf on Portand St for the wedding of Chris & Laura. After having destination

Wet Windy Weather at Tosside Community Hall It has to be said the weather was horrific at Tosside when I arrived late afternoon for this wedding at their commuity hall.

Manchester Hall Rooftop Wedding The first time at Manchester Hall since it’s revamp and re-opening and what great place it is, I was here for Hannah’s & Adams wedding who